The iPhone 12's successor lineup is unveiled at a special event in the United States.

The Apple announced this afternoon the new cell line iPhone 13 for prices ranging between R $ 6,599 and R $ 10,499 in Brazil. This time the battery lasts at least 1.5 hours longer than in the previous generation and the camera system is aligned in a differentiated way, which should catch the attention of consumers. Four years after the arrival of the iPhone X , the brand's first notch device, the screen clipping was finally reduced. 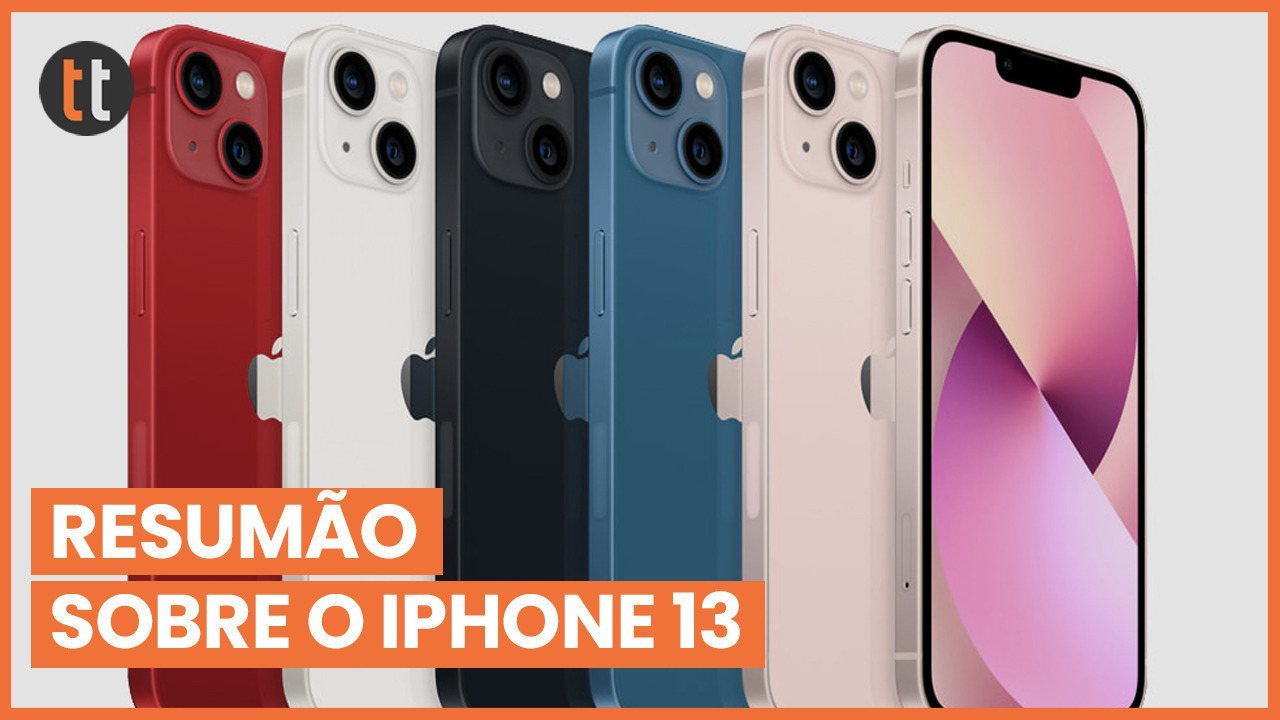 Check out the iPhone 13 launch

The new versions of Apple Watch, iPad and iPad Mini were also made official. The company took the opportunity to reduce the price of the iPhone 12 in Brazil, with a drop that reaches R$ 1,500, and to reveal the iOS 15 release date .

Apple returns to bet on the dual camera with the iPhone 13's photographic system, with the right to a main lens and an ultra wide one. The cinematographic mode is present by making the transition of focus of the image very clearly. It is a very common technique in Hollywood productions that, according to the company, can now be used by anyone.

The new iPhone 13 brings a new processor called A15 Bionic, with six cores – two dedicated to high performance and four focused on energy efficiency. The neural engine has been improved to integrate Artificial Intelligence features. From what the manufacturer explained, its greatest use will be in applications capable of performing calculations in real time.

This processor helps to optimize the battery, which is physically larger in new devices. Apple released the following numbers on advances in this regard - however, without detailing the form of calculation:

Storage now starts at 128GB, up from 64GB a generation ago. Prices vary according to the space, which reaches 256 GB and 512 GB.

Products aimed at professionals, Apple Pro phones now feature a 120 Hz screen and adaptive technology . The feature has become common on Android smartphones, especially those aimed at gamers. In practice, it is an indication of greater fluidity in the graphical elements of the iOS system and in games. Apple calls the technology, which is present in some iPad Pros, ProMotion.

The Pro Max edition for the first time reaches 1TB of storage. To do so, consumers will have to pay R$ 15,499. The colors are sierra blue, silver, gold and graphite.

The iPad 2021 was announced by Apple with a more powerful processor, the A13 Bionic. The promise is 20% more performance in all aspects – general computing, computer graphics and neural engine, as the company calls the Artificial Intelligence built into the device.